This year the Historic Town Hall will be the venue for many of the Punk and Metal acts.

We have done this so the crowd will have plenty of room to mosh,bounce and headbang away and have as much fun as possible.

There will be muchos Dandruff and Phlegm so I hope you all wash your hair in Head and Shoulders before and after the gigs.

There is a multitude of bands and acts performing over the weekend here are just a few to put on your list.

The Kramers were formed in spring 2004 in Hitchin (Hertfordshire) and Camden (London). They are Mark on Drums, Martyn on Guitar, Matt on Vocals and Simon on Bass.

They came together with the hunger to write and play their own distinctive brand of savage rock ‘n’ roll, crank up the volume and get out there and play some sweaty live shows!. They played regularly in and around London and Hertfordshire, building up a steady following along the way. They quickly became known for their very loud! and riotous live performances….gigs would often end in chaos with the band blowing up/damaging equipment or literally bringing down the ceiling!…

Their song ‘HEY!’ was featured on the well – received Organ 21 (Organ Art Magazine) compilation album with other bands including 65 Days Of Static and Twentysixfeet. following this….HEY! was played on XFM radio and 6 Music – The Friday Rock show (by Bruce Dickinson of Iron maiden)

REVIEWS:
The Kramers, who are sensational. They sound like Wire swilling a cocktail of Pil and The Clash. Scary punk, psychotic stares and bloody noses. I’m already discovering a band that sound like they have a great future in rock ‘n’ roll
‘PLASTIC ASTRAY’

The Kramers are those fearsome punk slash rockers from Herts and Camden who have built up a steady and one may say, hardcore fan base over the years playing along side the likes of The Rakes, The Vibrators, Goldblade, The Sound Explosion, Blood Safari, Buzzkill, Black Wire, The Cenobites and The Parkinsons, who the apparently, ‘blew off the stage’….Christ if that isn’t a recommendation i don’t know what is!
‘ROCK NIGHT SATELITE’

‘All our futures lie in the heads of the youth’ The Kramers are here to mess with those heads, roaring out of – just where the hell are those Kramers from? i don’t know….somewhere out there on the edges of England, beyond the west of London where apathy needs a constant kicking….with constant ramraids on London town, just grab some while its hot – mouthy colourful garaged up punk rock ‘n’ roll – we want more of this
‘ORGAN ART MAGAZINE’

Due to a mixture of personal problems and members’ other projects and commitments, The Kramers split up in 2008….Matt and Mark carried a bit of that Kramers sound on with Ministers Dead and Simon went on to shred guitar with the Smoking Hearts. Martyn moved to Barcelona.

Now for the first time in 8 years!…in June 2015, they got back together for some rehearsals and rediscovered that sound and passion they once had. They may have even learnt how to play the songs properly. Whatever, they are back! 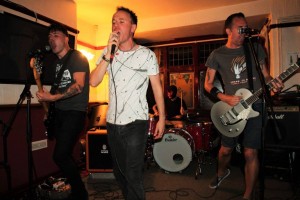 The Bleach Boys are punks best kept secret. In their time, they have produced some of the most collectible punk records and to top it all, are still going.

Punk’s favorite nihilists return to Balstock Festival for the fourth year running!…so lock up your daughters and pets and get ready to be bombed!!!…..

They are playing in the town hall on Sunday at 8.30pm but come down early and join us for a beer…we don’t bite! 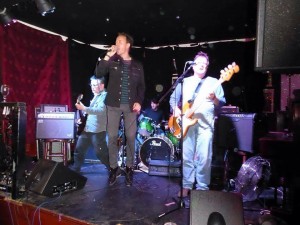 The Blissetts are not for the faint hearted. Led by indomitable front man Paul, Arup on guitar, Andy on bass and Ajay on drums, The Blissetts sound is a car crash of anarcho-punk, Oi and old skool rock, with a whole host of current events thrown in. The Blissetts pride themselves on hard hitting, rabble rousing lyrics and big anthemic choruses. 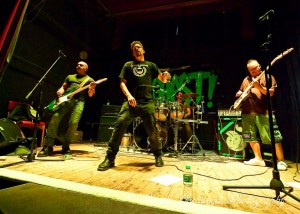 Damnation are a five piece AC/DC covers band from Bedfordshire. So if you like your old school hard rock and fancy doing your Angus Young impressions along with brilliantly covered songs get on down to the Town Hall on Sat 12th Sept, 9.45 – 10.30 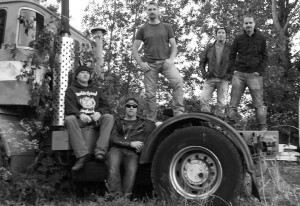 Metallicar last year rocked the Town Hall stage and they are back again to rock your socks and pants off again.

Not everyone can achieve their dreams in this world. Thats because most people have things like feelings and sentimental attachments, nagging sh*t that keeps them from making the tough decisions that are necessary to get to the ultimate top…

Unfortunately on the rocket ship of fame, there’s only room for one Metallica tribute band.

Any added baggage will just weigh you down, hold you back from shootin’ for the f*ckin’ stars. 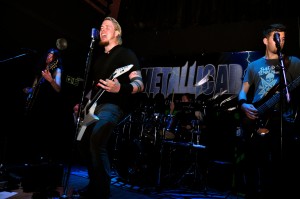